This morning I was greeted with the good news that Russian president Putin is leaning on Syrian president Assad to give up his chemical weapons and play nice on the world stage.  Hey, I'll happily let Putin claim the next Peace Prize when he pulls this off, saving all of us from a wider conflagration, especially the Syrian people.  I mention this amazing turn of events because today marks a new era in some indescribable way, as though we have passed the halfway point in our race, as though we have reached a tipping point, and in many ways, we have:  The American people have overwhelmingly spoken out AGAINST an attack on Syria and, by extension, against war, not only because we are tired of war and of the billions of dollars that drain away into its big black hole, but also because we are FOR peace--and most dramatic of all, we have ignored party lines to make this statement.  We are FOR humanity, and for a peaceful resolution through negotiation, and for policing of chemical weapons by the United Nations.  We are FOR a resolution for Syria that does not create more death and suffering and that, ladies and gentlemen, is a huge step forward for America on the world stage.

I am encouraged by the appearance of such forward thinking organizations as YES! magazine, which this week featured a cogent article by its executive editor, Syria: Six Alternatives to Military Strikes, an article that I have made my family read, enumerating the steps all of us out here on the ground 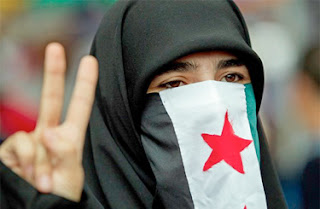 have been talking about all week, as though someone has finally heard us.   Such is the power of the alternative media to report what is really going on outside the rarified enclaves of New York and Washington and other media hubs.

At the same time today, I received a notice from A World at School, a new international organization committed to education for every child, everywhere in the world, following the work of the heroic Pakistani girl who stood up to the Taliban and survived their attack, Malala Yousafzai.   Having already been recognized by the United Nations, the organization will on September 23rd present their plan for funding education for the 1.9 MILLION children between grades 1-9 who have been displaced by the ongoing Syrian civil war.  This is activism on a united, global level, unprecedented for a grassroots campaign anywhere in the world.  What each of us can do to help is enumerated, including a petition to sign and a well structured plan that you can read on PDF.  Their plan is brilliantly called Education Without Borders and nothing could be more important to the achievement of real and lasting world peace than this new effort to unite children through a commitment to their education.

These and many other signs--the Occupy campaign, Elon Musk's cutting edge technology, the joining up by the millions of people all over the world through the internet, the proliferation of global businesses that further shrink the world into a malleable size--point directly to the new millennium's dawning at long last. 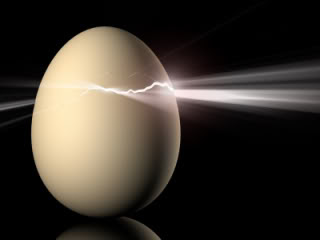 Having fought our way through thirteen years of horror, war, violent political infighting, a glut of bad movie remakes and comic book heroes, we seem just about to walk through a new door, at the end of that tunnel of light forming at the edge of the world.  But don't be afraid.  It is the door we've been seeking for hundreds of years or perhaps millennia, where our intelligence and our emotional commitment are finally mature enough to create real change in the real world, the moment when the universal pendulum stops going backward into the past, pauses at this exact moment of time, and begins its forward swing again.

For decades I have been saying Forward to the Future as the antidote to the reactionaries who drew public education Back to the Basics and began a forty-year downward spiral of American education and of American intelligence on the broadest level.  I am happy to proclaim that, at this moment, the forces of good, humanism, intelligence, and compassion seem to be pushing back the darkness and making it possible for the voices of the people, all over the world, to be heard.  All of us are now charged with the responsibility of continuing this movement, of extending and expanding this change of consciousness, and of speaking up at every opportunity to change the world into that dream that each of us holds in our heart of hearts.   It is ALL possible!

As for me, I am taking a long break from years of web posts, newsletters, radio interviews and all the other ways I have tried to drop new memes into the zeitgeist so I can concentrate on writing my second novel, which will, indeed, be all about those changes of consciousness that change the world.  If you haven't read my first novel about a school leader's death and the corruption of public education, ANGEL PARK, I hope you will buy it and read it soon, since it tells the true and fully fictionalized story of what's really going on in our schools and the mystery the heroine solves to discover her own new world.   Yes, I have called it a philosophical mystery at times, and here are the acclaim and awards it has won, along with the responses of real readers on Amazon and Barnes and Noble sites.  In the meantime, you may be interested in what I have to say on my website, which will be staying as is for now, showing the many ways that Changing the Schools Can Change the World.   You will find a wealth of articles and links to point you toward ways you can take part.  I'll be back next summer with a completed manuscript in hand (I say, urging myself forward) and we'll see how the world is doing then . . . . "Shantih.  Shantih.  Shantih."
Posted by Patricia Kokinos at 5:28 PM 2 comments: